Those who give find that they receive far more in return

Those who give find that they receive far more in return 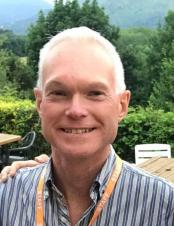 Hosanna House is fortunate to welcome Seminarians each Summer for pastoral placements. One of last year's intake, Deacon Julian Davies, told us about his experience. Please pray for him in the run up to his ordination to the priesthood this Summer.

I am pleased to share with you my rich experience about Hosanna House. I had been to Lourdes several times before as a personal pilgrim, and the year before I had tagged on at the end of the Westminster diocesan pilgrimage. However I had never ventured beyond the town. One of the delights of Hosanna House is its position, which enables you to have the benefits of being far enough out of, but far enough in to, the town. Overlooking the foothills of the Pyrenees, which form the backdrop to Lourdes, it is also within easy walking distance of Bartrès the village, where Bernadette lived as a shepherdess before she returned to Lourdes, just before the visions began. I made several visits to the parish church where she received her first communion, and to the sheepfold where she kept the sheep. However the advantage of staying and helping at Hosanna House far outweighs the immediate vicinity and its rich associations.

In the first place Hosanna House is a shared community of dedicated staff and communities of visiting residents, who for the duration of their stay become communities of reciprocity under one roof, while not losing their independent characteristics. There tends to be two visiting residential communities at any one time, both at either end of the house. Although I was assigned to the communities at one end of the house with a fellow seminarian we actually got to know the other communities, also, where our two other colleagues were. This was a very rich social experience, and presented many pastoral opportunities, of moving alongside, engaging with and helping others, just like so much of parish life is.

However as in parish life it is not just a question of giving but receiving as well, as those who give find that they receive far more in return. It is indeed very humbling to meet some of the heroes and heroines who have had to battle against the odds more than most people in life, not forgetting that behind some of them were others who have had to carry, shield and share, often in silence and sometimes alone.

The contrast between that isolation and the ethos of Hosanna House could not be more marked, but that reminds us of why it exists in the first place: a haven where society is formed and where we are reminded that God's image in us is only authentic if it is relational and communal. Community is a given at Hosanna House: its whole rationale fosters the ideal of community and many come as forming or already-formed communities. Communities grow there by the shared experience of travelling together and living for some time in a changed environment, where presenting issues can be unravelled and resolved, a bit like as on retreat, except that this is not a silent retreat but one that is fully shared and animated by other human beings.

Hosanna House provokes a fundamental question for the Church. From a pastoral/ecclesial point of view it beggars the question of how we can make our churches more inclusive and understanding, so that a wider constituency is drawn into the love of Christ. Many of those who come to Hosanna House have special needs, which our churches seem sometimes inadequately responsive to. Like L'Arche, Hosanna House questions the very stereotypes informing assumptions so easily made about Church. How important therefore that the beating heart of the House is its Chapel, where all questions and answers come together in daily Mass, and is a reminder of why we are here in the first place.

For the Seminarians who go there to help I would say that the best attitude is to go with an open mind and a servant heart. There is a schedule for work and play. The work for us was mostly waiting upon tables, helping out in the kitchen and cleaning floors. The play included travelling on the community outings, taking drives into snow capped mountains and watching the spectacular son et lumiere of thunder and lightning across the backdrop of the Pyrenees from the outside terrace. Living and working together we discovered more about ourselves and the call of obedient love. And in what better place than this, all inspired by the obedience of an obscure peasant girl who through visions from on high discovered the real meaning of Hosanna.

If you, or someone you know, would like to benefit from a pilgrimage to Hosanna House please call us on 01788 564646.