"I'm the person I am thanks to HCPT."

"I'm the person I am thanks to HCPT." 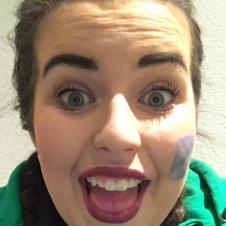 Isla tells us about why her Summer stays with HCPT have meant so much to her. "I stayed at Hosanna House for the fifth time last July. I would have to say it was the best visit. Having so many young helpers in our group meant there was a new vibe to it. At the end of the week I felt that I had a new and extended family.

My five years of being part of the group has seen me experience some really powerful emotions. However, I have had the comfort of being able to rely on my group during those times. I have some of the best memories from the past five summers in Lourdes.

When I first went out to Lourdes I was quite shy. I didn't like going out of my comfort zone. Being there with HCPT taught me how lucky I was compared to some! That was when my confidence grew. Before, I would never have got up and sung or danced in front of people. Last year I returned home without a voice because of singing all week. I was even the one starting the songs!

Last year I got thanked by someone I had looked after for giving them a week full of laughs and memories. That was the best feeling imaginable, as I knew that I had helped someone have such a good holiday.

Having the opportunity to go to Hosanna House with HCPT has truly been one of the best experiences I could have wished for. I will always be grateful for those weeks. Five years ago I would not have said that I would be the person I am today, and I am that person thanks to HCPT. It has taught me that I am very fortunate to have the opportunities which I have, and that I should not take things for granted.

I would say to anyone to go out to Hosanna House with HCPT at least once and especially to young people as it will change your life!".